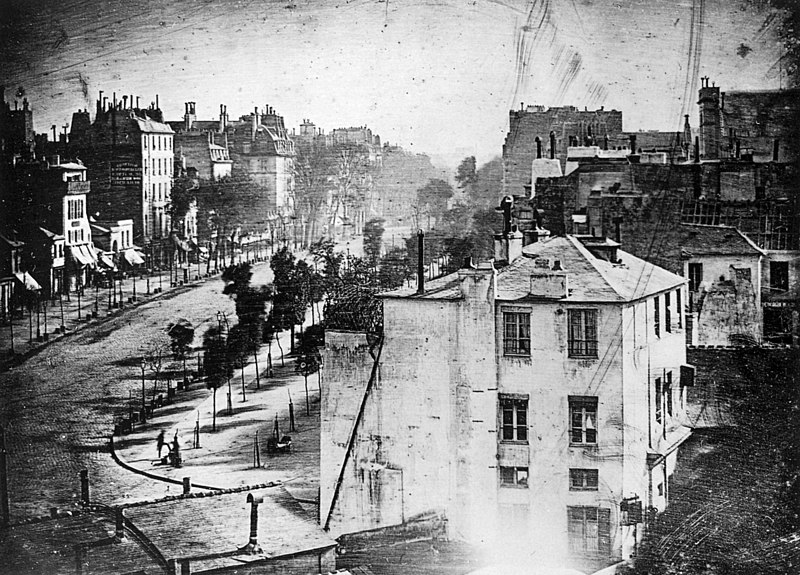 An early example of a “daguerreotype.” Paris Boulevard is a significant step in the development of photography. Taken in 1839 by Louis-Jacques Mande Daguerre, the photograph depicts a seemingly empty street in Paris. The elevated viewpoint emphasizes the wide avenues, tree-lined sidewalks, and charming buildings of the French capital. However, the obvious day light of the photograph begs the question – where are all the people in this normally busy city?

The answer to this question lies in the daguerreotype technique. The first photographs, such as Joseph Nicephore Niépce’s famous View from the Window at Gras, took about 8 hours to expose, creating indistinct, grainy images. Daguerre was intrigued by these experiments and formed a partnership with Niépce from 1828 until the latter’s death in 1833. Daguerre continued to refine the photographic method until he developed his new process.