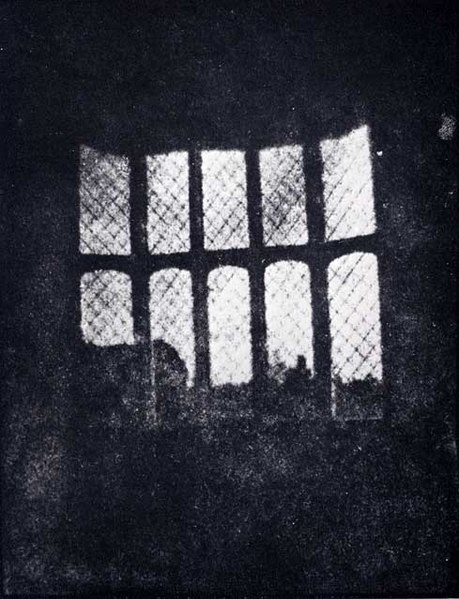 Windows From Inside South Gallery

The earliest surviving photographic negative and the earliest surviving paper photograph. William Henry Fox Talbot 11 February 1800 – 17 September 1877 was an English scientist, inventor and photography pioneer who invented the salted paper and calotype processes, precursors to photographic processes of the later 19th and 20th centuries. His work, in the 1840s on photomechanical reproduction, led to the creation of the photoglyphic engraving process, the precursor to photogravure. He was the holder of a controversial patent that affected the early development of commercial photography in Britain. He was also a noted photographer who contributed to the development of photography as an artistic medium. He published The Pencil of Nature (1844–46), which was illustrated with original salted paper prints from his calotype negatives, and made some important early photographs of Oxford, Paris, Reading, and York.

A polymath, Talbot was elected to the Royal Society in 1831 for his work on the integral calculus, and researched in optics, chemistry, electricity and other subjects such as etymology, the decipherment of cuneiform, and ancient history.