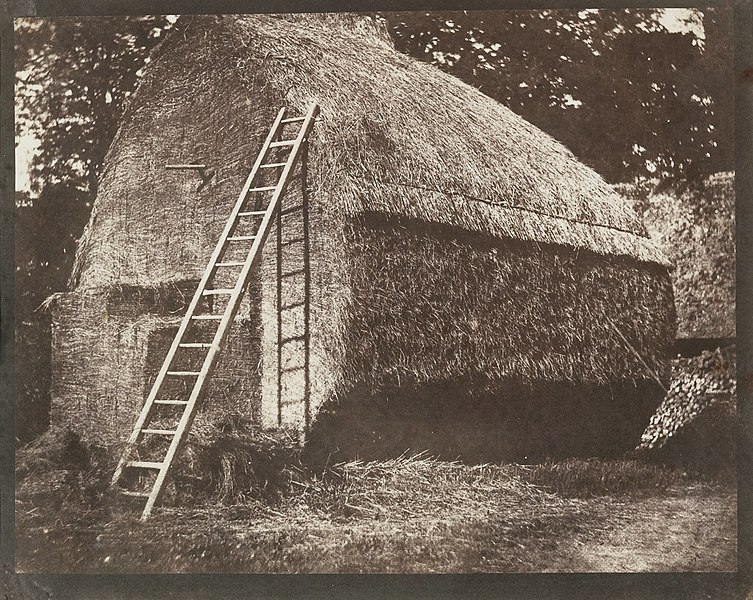 William Henry Fox Talbot FRS FRSE FRAS (/ˈtɔːlbət/; 11 February 1800 – 17 September 1877) was an English scientist, inventor and photography pioneer who invented the salted paper and calotype processes, precursors to photographic processes of the later 19th and 20th centuries. His work, in the 1840s on photomechanical reproduction, led to the creation of the photoglyphic engraving process, the precursor to photogravure. He was the holder of a controversial patent that affected the early development of commercial photography in Britain. He was also a noted photographer who contributed to the development of photography as an artistic medium. He published The Pencil of Nature (1844–46), which was illustrated with original salted paper prints from his calotype negatives, and made some important early photographs of Oxford, Paris, Reading, and York.

A polymath, Talbot was elected to the Royal Society in 1831 for his work on the integral calculus, and researched in optics, chemistry, electricity and other subjects such as etymology, the decipherment of cuneiform, and ancient history.

Talbot was the only child of William Davenport Talbot, of Lacock Abbey, near Chippenham, Wiltshire, and of Lady Elisabeth Fox Strangways, daughter of the 2nd Earl of Ilchester. His governess was Agnes Porter who had also educated his mother.[2] Talbot was educated at Rottingdean, Harrow School and at Trinity College, Cambridge, where he was awarded the Porson Prize in Classics in 1820, and graduated as twelfth wrangler in 1821.[3] From 1822 to 1872, he communicated papers to the Royal Society, many of them on mathematical subjects. At an early period, he began optical researches, which later bore fruit in connection with photography. To the Edinburgh Philosophical Journal in 1826 he contributed a paper on “Some Experiments on Coloured Flame”; to the Quarterly Journal of Science in 1827 a paper on “Monochromatic Light”; and to the Philosophical Magazine papers on chemical subjects, including one on “Chemical Changes of Colour”.