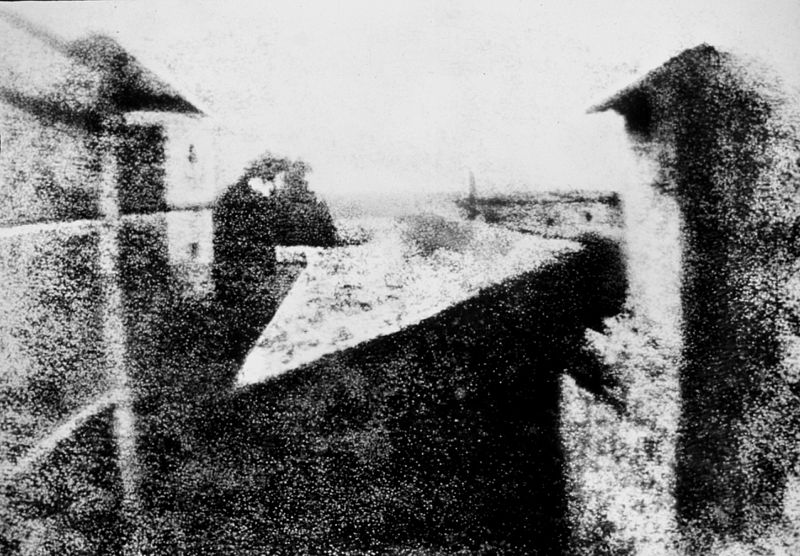 View from the Window at Le Gras

The oldest surviving camera photograph. ‘View from the Window at Le Gras’ was taken by Niépce in 1826 and took an exposure time of eight hours. In January 1839, two rivals, the Frenchman Louis Daguerre and the Englishman William Henry Fox Talbot, announced their daguerreotype and calotype processes respectively. These two near-simultaneous declarations sparked debate over which of their creators should be named as the inventor of photography.

It wasn’t until 1952 that historians rediscovered the first known permanent photograph from nature, which had been made 13 years before Daguerre and Fox Talbot’s announcements. It was an image known as a heliograph and had been made by Daguerre’s former business partner, the virtually forgotten Frenchman Joseph Nicéphore Niépce.