Sergeant Dawson and his Daughter 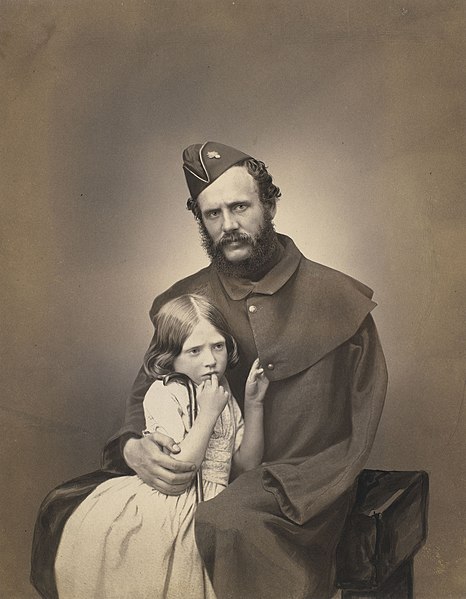 Sergeant Dawson and his Daughter

Photograph of Sergeant Thomas Dawson with his daughter. He is sitting on a bench with right arm around his young daughter who is standing between his legs with a walking stick tucked under her right arm. Dawson is wearing a winter coat, his empty left sleeve showing that he is missing an arm.

Sergeant Thomas Dawson of the 3rd Battalion of the Grendier Guards (service no. 3933) lost his left arm at the Battle of Inkermann [5 November 1854]. This photograph is one of a series of portraits of wounded Crimean War veterans acquired by Queen Victoria. Throughout the war she had taken an active interest in the welfare of the troops and on their return to Britain she met a number of the injured men at Buckingham Palace and at the military hospital at Chatham. Sergeant Dawson was one of the men the Queen met at Buckingham Palace on the 20th February 1855.